The Water Elemental is an ancient Elemental Slug and one of the forbearers of the slugs found in SlugTerra. It officially debut in Slugterra: Return of the Elementals.

The Water Elemental is a small light blue slug with similar characteristics to the fire elemental, only blue. She has one tooth that sticks out on the left side of her mouth. When she transforms she kind of looks like a mermaid wearing blue armor and her teeth are always straight. No one knows her ghoul velocimorph. The first time the Shane Gang saw it ghouled the Water Elemental was in its protoform. 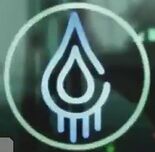 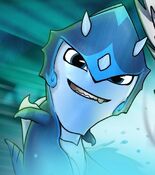 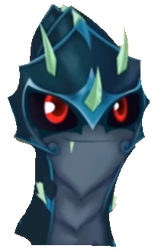