Threshers are blue Metal element Slugs. It is the favourite Slug of Sergent Slug, the owner of Club Slug. When they transform after hitting 100 MPH, they gain characteristics of both a tiger and a shark. The thresher slug is named after the Thresher shark famous for its bony tail.

Being a useful slug in close quarters combat in addition to a a common one, Threshers are good slugs to have at all times, due to their versatile array of abilities. It's first two moves are useful in attacking slugs that make contact with it, allowing it to continue its path towards the opponent, whereas it's Trillioblade move enables it to attack opponent's out of range. Blasterslash is somewhat a luck-based move, as it involves the Thresher making a direct hit to the opponent's blaster to successfully use, but its worth it as it can completely disable your opponent.

The only downside to the Thresher is that 3 out of 4 of its moves need to make contact with the target to become useful, as an opponent would have an easy time to dodge a Thresher while it is moving in the air. Similarly, slugs with long ranged moves can incapacitate a Thresher before it even uses an attack. This weakness, however, can be exploited by firing another slug in tandem, as your opponent would either have to dodge the Thresher or waste a Slug on it, allowing a second slug to have an easier chance of hitting the opponent.

Outside of battle, a Thresher is useful in situations where its slinger is trapped, as it is strong enough to shred rocks and jungle flora that may restrain its slinger, even when in protoform. 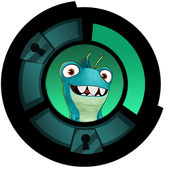 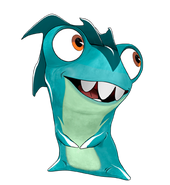 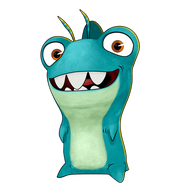 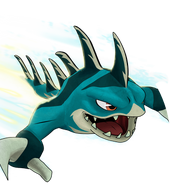 Thresher in Slugterra Slug it out 2