Tempesto is the Ghouled version of the Tormato. It was the strongest and most powerful of the known Ghoul Slugs until the Goon Doc was introduced. This Ghoul was used to create the portal that caused Will Shane to disappear. It is Dr. Thaddius Blakk first and favourite ghoul.

A black hole created by a Tempesto. 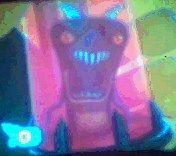 tempesto loaded into a blaster

tempest in a container

blakk with his gatler ready to fire 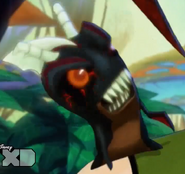 Tempesto and Amperling surrounded by pineapples