"Slugterra: Into the Shadows"
Stinky is a Flatulorhinkus Slug who was originally the partner Slug of Pronto, but is now shared by the entire Shane Gang. Stinky is still used primarily by Pronto, and has only been used by Eli in "The Trade" in a failed attempt to out-smart C.C., a Slinger who accepted Ghouls from Dr. Blakk

In early episodes he was quite weak, but later in the series he becomes very powerful, able to take out an entire swarm of Lava Bats (with the assistance of Suds) in the episode Inheritance, and King of Sling's entire castle, forcing Locke and Lode to flee in "King of Sling". Despite for temporarily that the Shane gang ghouled their slugs to stop the Darkbane, Stinky was not seen being Ghouled. In Light as Day, Stinky mega morphed in order to defeat Dr. Blakk. He is used by Pronto to take several of Blakk's guards by using his Blorball attacks.

Stinky with Bludgeon are racing controlled by Pronto and Kord as Junjie uses his Tazerling and beats them using Slug Fu. Stinky suddenly turns in a ghoul including the Air Slugs, even using Doc doesn't cure him. Stinky was cured after the Air Elemental Slug was unghouled.

stinky as a ghoul 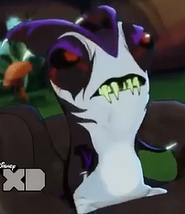 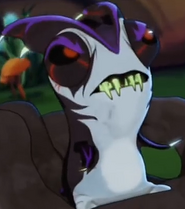 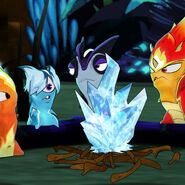 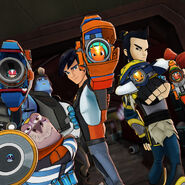