Slugterra: Slug It Out!

Slugterra: Slug It Out!

https://play.google.com/store/apps/details?id=com.nerdcorps.slugitout
Slug It Out! is a mobile game about Slugterra. This is the first official SlugTerra app. Although when the game made its transition to Slug It Out 2 it was removed from places such as Google Play Store but it is still available in the App store for download.

Slug it out! and become the best slugslinger of all time! Play as hero Eli Shane in this fast-paced action puzzle game based on the popular animated television series Slugterra. Collect little critters called slugs then fire them out of your high-powered blaster, transforming them into magical battle beasts! Each slug has its own unique power. The more you use your slugs, the more powerful they become. Collect all the slugs and use them to battle a horde of villains and stop the evil Dr. Blakk!

To play, quickly match tiles on the game board to power up your slugs. Tap the slug icon to load them into your blaster then watch out as they transform and attack your opponents!

Players can collect new slugs and unlock slug powers in story mode, or duel an endless stream of opponents to compete for top leader board scores in challenge mode. Special items are now available in the store to boost your game play. 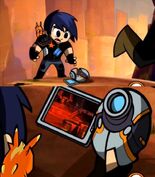 eli vs locke and lode 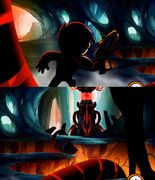 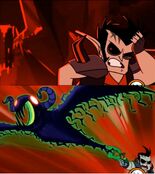 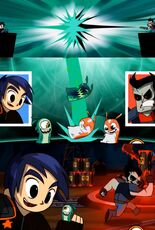 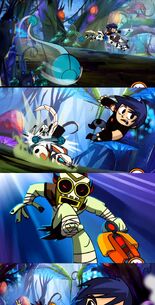 Slugterra Slug it Out!

Slugterra Slug it Out! Now for Android!

Slugterra Slug it Out! 2.0 - GHOULS UNLEASHED!

Slugterra Slug it Out! 2.0 Preview