"Slugterra: Into the Shadows"
The Slicksilver is a common metal Slug that has the ability to transform into a giant living ball of magnitized metal, creating a powerful magnetic field. It has a hard metallic shell to protect itself in protoform and when transformed. At velocity, its back seems strong enough to withstand the spikes of a Dark Urchin. The Slicksilver's preferred habitat is mountainous terrain rich in mineral deposits. It debuted in Slugball, shot by Kord. Another Slicksilver appears in one of the slug nests seen in "It Comes by Night". It also appears in Keys to the Kingdom, with Kord shooting it against a Dark Urchin.

A famous Slicksilver is Maggs who belongs to Eli Shane

Another famous Slicksilver is Yin who belongs to Junjie.

A ghouled version of Slicksilver is the Ghouled Slicksilver which debuted in The Lady and the Sword.

It looks like a silver Hop Rock with clubbed tail covered in rounded spikes when transformed. In protoform, it looks like the size of a fingerling, only a bit fatter and bigger. A Slicksilver is blue and silver, with metal antennae.

Slicksilvers' magnet abilities make them an extremely useful defensive slug. Because most blasters are made of metal, Slicksilvers can easily attract an opponents blaster, effectively leaving them defenseless. Its Magnaflektor move deflects opposing slugs, which is a potentially useful counter attack. In Slugball, its Magnacoil attack can completely stop the opposing team, as it would attract the players blasters, mechas, and the players themselves due to their metal armor. 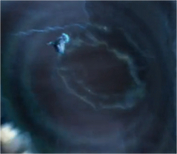 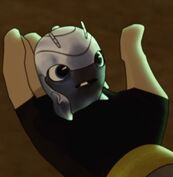