Pieper is an unknown species of slug that is the secondary antagonist of Slugterra: Into the Shadows and is owned by Tad.

While in Protoform, Pieper looks somewhat like a snake but when she megamorphs, it looks even more so, as she gains a hood similar to that of a cobra and a diamond like pattern running down her back.

While in Velocimorph, Pieper looks like a bat or dragon with the head of a Pterodactyl or Parasaurolophus. 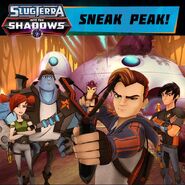 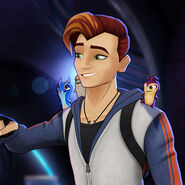 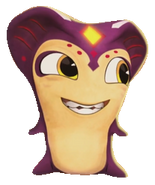