Phosphoro slugs can lighten up any situation, they can produce a blinding flash of light to stun your opponent or light the way if your lost in a dark cavern! The King of Sling is an especially big fan of Phosphoro slugs, for all the flash they bring to his duels!

In Protoform, Phosphoros have teal-colored skin and a dark blue back with three dots located on the forehead.

When transformed, Phosphoros gain multiple tentacles, giving the slugs their star-shaped body. They also have a single antenna similar to an angler fish's lure. Phosophoros also have a distinct lower jaw while in their transformed state.

although considered weak by many slingers as it lacks destructive power, the phosphoro just gets used in the wrong way, as it's not an offensive slug, but a support- based one: arcalyte and flashbang can help hard- hitting slugs like rammstones and hop rocks to hit their target while the former is stunned and beamblaze sacrifices the amount of target the phoshoro will hit with its moves for a more powerful move that can be useful even for neutralizing other slugs, while blazerain does the exact opposite. although phosphoro slugs are useful, they have one big weakness: they can rarely beat other slugs in a one vs one situation. Outside of battle they can be useful to celebrate thanks to their arcalyte move, the former is also useful for getting attention from other people 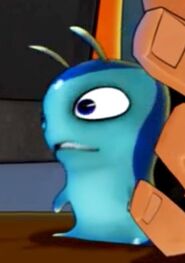 Phosphoros glowing before they sleep 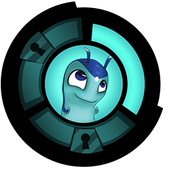 Phosphoro in Slugterra Slug it out 2