A Nightgeist is the Ghouled version of the Frightgeist. When hit by one of these Ghouls, its enemy turns into a coward that runs from almost anything until the effects wear off. Its attack has a longer-lasting effect than its regular counterpart. This Ghoul first appeared in "Deadweed". It is the favourite Ghoul of El Diablos Nacho. Nightgeists can also hit certain creatures that are incorporeal. 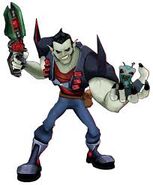 El Diablos Nacho with a Frightgeist. 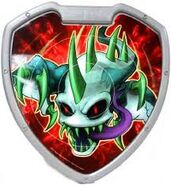 Eli hit by a nightgeist slug