The Lavalynx is an earth element Slug, although previously unnamed. In protoform it looks almost like a Bubbaleone except for the colour scheme. When transformed it looks similar to a transformed Armashelt but without the pincers. They are a red and brownish-black Slug whose main attacks are related to lava. A Lavalynx can be very dangerous as said by Eli Shane in "A Distant Shore".

A famous Lavalynx is Burner, who belongs to Eli Shane.

A ghouled version of Lavalynx has not yet been seen in the show. 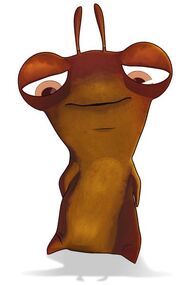