A Grimmstone is the Ghouled version of the Rammstone. They are similar in colour, but with a pink stomach area up to their face. At 100mph, they turn a dark blue-black with a red belly and pale green fists and horns. They are twice the size of normal Rammers and twice as powerful. A Grimmstone is also more muscular than normal Rammers. A Grimmstone was the first Megamorphed Ghoul to be seen in the series.

It can easily ram a normal Rammstone, showing that it is more muscular than a Rammer. It is even stronger than Bludgeon. 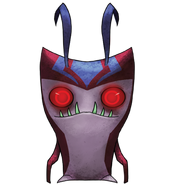 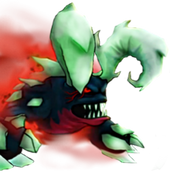 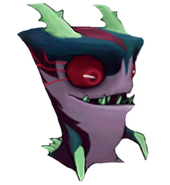 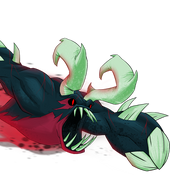 Joules VS. CC's grimmstone in the lightwell