Grenuke slugs are common grenade slugs similar in appearance to Hop Rocks. Grenukes are known to sleep for long periods of time on the ceilings of caverns that will awaken and fall if they hear loud noises or other disturbances.

A famous Grenuke is Sparky, who belongs to Eli Shane.

In both Protoform and when transformed, Grenukes have tan skin, and a green shell that has a dark green grid.

When transformed, they're same in color compared to their Protoform. They gain armor on the edge of their tail, their hands, and on their arms. When fired, they emit sparks like weak fire and their tails will especially emit sparks when about to explode.

A slug that lives up to its name, the Grenuke is more grenade then slug. Mushboom is a common offensive attack when trying to explode obstacles (rock walls, doors) or opponents. Nuklock is good for precision damage as the Grenuke will hold onto the target until its either knocked off or it explodes. Spikesploader is good with indiscriminate damage but can also be focused if the slug aims correctly.

Grenukes can also be used in rapid-fire slinging if the precision when finding a target of destruction isn't important. Overall, they're an important destructive force. 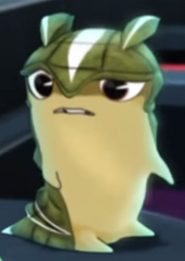 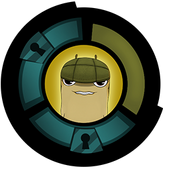 slug it out symbol.

Noodle,Goober and Sparky on the slugisode the good,the bad and the Larry