SlugTerra Wiki
Register
Don't have an account?
Sign In
Advertisement
in: Slugs, One Star Slugs, Afterburn Slugs,
and 2 more

Found all over Slugterra

Fandangos are a species of common energizer slugs, known for being rich in Slug Energy and found all over SlugTerra, they're an essential part to SlugTerra's existence.

Fandangos are a support-class Slug. They aren't heavy hitters or defenders and require strategy in order to stand a chance of being useful in any fight beyond a practice duel. The Fandango's inability to directly attack or shield may put it, for some, on par with a Flopper in terms of usefulness.

For the average slinger, a Fandango is most useful when in a team duel, allowing this Slug to boost the abilities of a partner's Slug. In a multi-Slinger duel, Levelest becomes a viable move for any Slinger, instead of being exclusively useful to Eli Shane when used with his dual blaster. Additionally, Seecon can be used to clear a path for another Slinger's Slug to score a direct attack on an enemy Slinger.

In solo or team duels, Dynoboost can be used semi-passively to boost the abilities of the other Slugs in a Slinger's arsenal. This move is therefore best used early in a fight in order to draw its maximum benefit.

Outside of combat, Fandango Slugs are critical to the health of SlugTerra. Due to their abundance of Slug Energy, wild Fandangos are very important and are, at times, transplanted from their home to other caverns that are in need of more energy in order to survive. Additionally, the Fandango is capable of acting as a beacon for other Slugs. For these reasons, this Slug is likely to be the arsenal of almost every Slinger, even if they are very rarely used in duels and events. 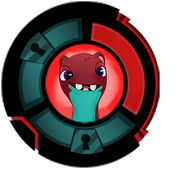 Slug it out symbol 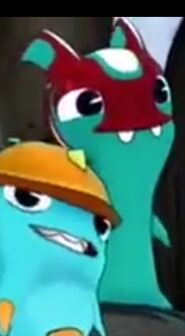 Slugisode Be a Fan of the Fandango!