Slugterra: Return of the Elementals

The Darkbane are a race of demonic beings found in the Deep Caverns under Slugterra, serving as one of the main antagonistic faction of the first season and Return of the Elementals. Their main goal is to conquer SlugTerra in order to reach the surface.

Given their skull-like faces, burning red eyes, horns, finlike ears, and fire-based powers, it's possible that these beings are the basis of surface-dwelling humans' legends about demons. 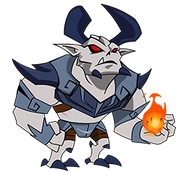 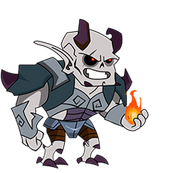 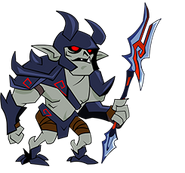 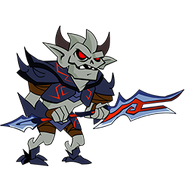 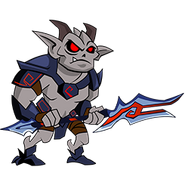 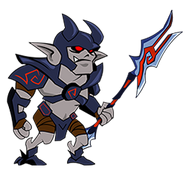 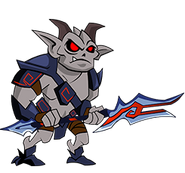 Eli and Junjie escaping from darkbane

Brimstone, leader of the Darkbane 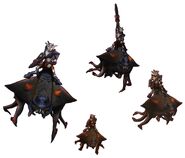