A Bubbalash is the Ghouled version of the Bubbaleone. When they velocimorph, they turn into a big, black bubble with a felinoid face. It debuts in episode three, "The Trade". One was used to trap Eli Shane while he was dueling Dr. Blakk. 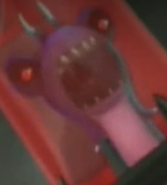 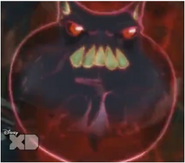