SlugTerra Wiki
Register
Don't have an account?
Sign In
Advertisement
in: Slugs, One Star Slugs, Vanguard Slugs,
and 2 more

AquaBeeks are blue, turquoise, and white Water element Slugs.  Its preferred habitats are sea caverns and coral reefs such as Undertow Cavern. AquaBeeks first appeared in "The World Beneath Our Feet Part 2". At velocity it has a similar appearance to a dolphin, with tentacles like an octopus. It's power type is a water and sonar.

A famous AquaBeek is Beeker, who belongs to Eli Shane and is a powerful slug.

While one of the most useful Slugs to use underwater, the AquaBeek's moveset is otherwise fairly limited.  With half its moves being used solely underwater, the AquaBeek only has two moves to fall back on for duels outside its home environment.  While those two moves are at least not the same kind of move, granting it a direct attack and a multi-target move, it will be quite easy for an opponent Slinger to outmaneuver an AquaBeek on land. 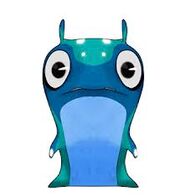 Old image of an AquaBeek

An Aguabeek at 100 mph underwater 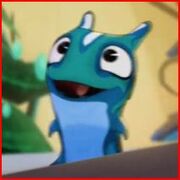 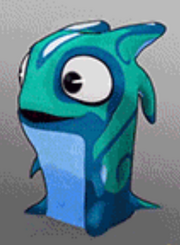 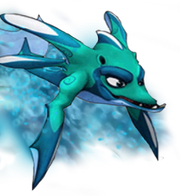 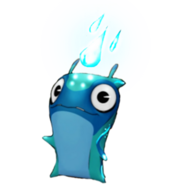