The Air Elemental is a small grey slug with a heap of pointed spikes on her head. Also on her head is one small silver spike. She has flying membranes under her arms, giving her the power of flying in protoform.

When she transforms she turns into a bird like creature with long slim silver wings with the same accessories as in protoform.

She is mischievous and like the Fire, Water and Earth Elementals, totally unpredictable. Eli used Slug Fu to stop her from destroying SlugTerra in Slug Fu Showdown.

In The Return of the Eastern Champion, the Air Elemental was used by Junjie to fight The Emperor. Using Slug Fu, she easily took down hordes of Stone Warriors before being stopped by The Emperor's shield. 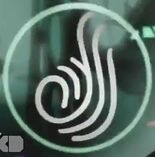 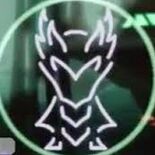 We think we are still ghouls (but we are not!) 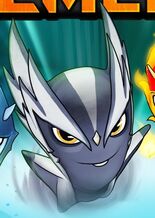