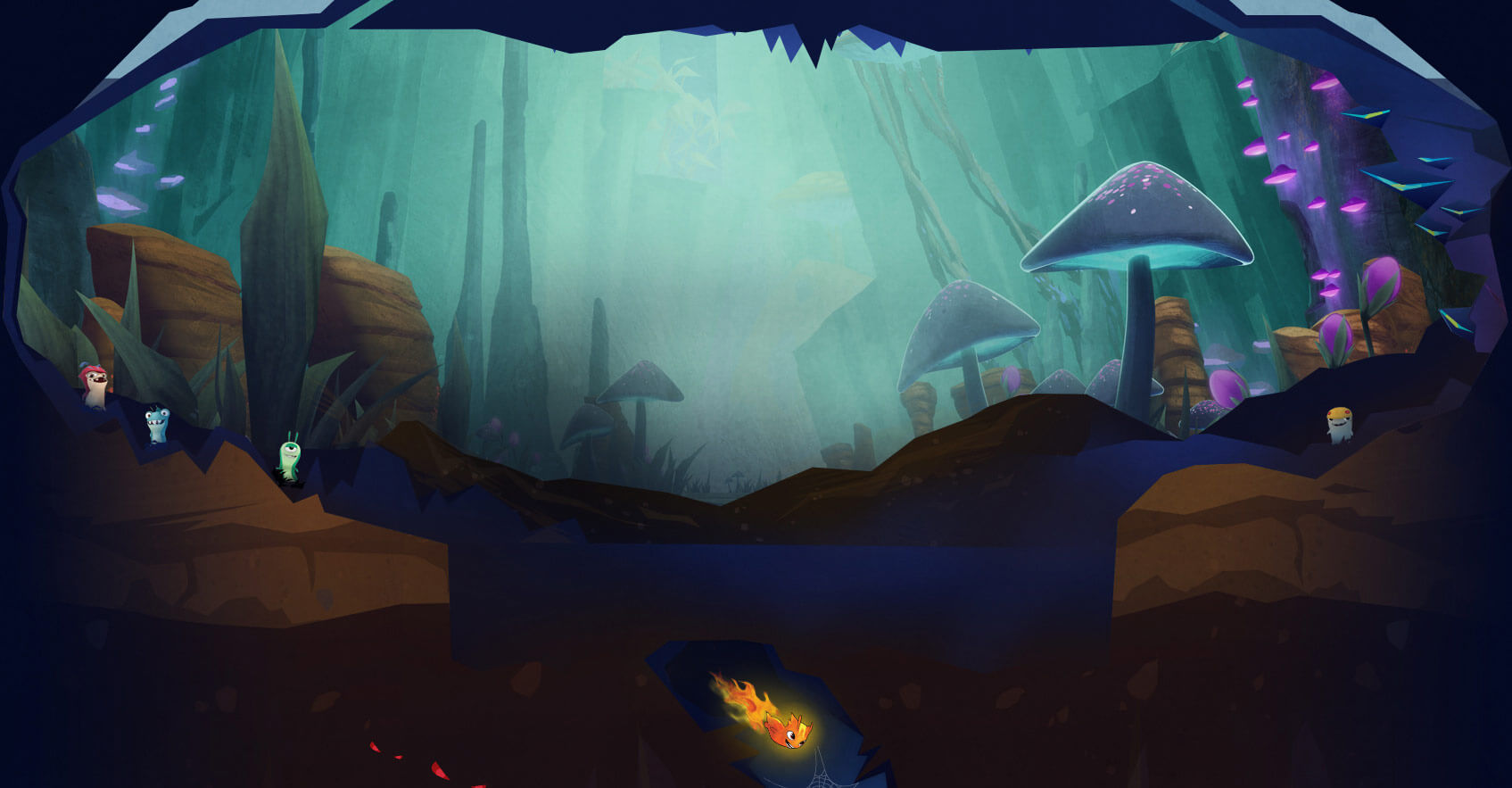 So, at this point most of the community knows that Eli's Boon Doc, Doc, is an elemental, but how can that be aren't they one of a kind? Unless it's an exception which I doubt, so here is my theory, the white boon doc, are regular boon docs, and the green one  is the the only green, why? Simply because he is an elemental, we know that he is related to energy/psychic/eletricty slugs, so could that be that the White Boon Doc is simply a close ancestor, and there is in fact, only one Green, energy elemental slug? You could ask about The Goon, but we never actually seen how he was before he was ghouled, we only speculated that he would look like Doc, but what if he isn't? What if he was white? As elementals were not seen for millions of years, people could've forgot how they looked like and assumed that Doc was a variation. The only thing that can disprove this theory is a flashback of the episode "The unbeatable master" where Blakk is seen with a green Doc, but even so elementals have been around for millions, so who's it to say that that isn't Doc?

I would have said the same thing a couple months back, but after I watched "The Fall of the Eastern Champion" (S3,E11 / E56 overall) that all changed, and after you watch it (if you haven't already) you'd change your mind too.

That said this theory becomes almost impossible to be correct. However just look at it like this, Doc isn't a "Boon Doc" he's the Energy Elemental and as far as we know the Energy Elemental is a just another "Healer" slug and in that case there's 3 (Boon Doc, White Boon Doc & Energy Elemental), but there might a 4th since in ep. 3 Trixie was amazed to see that Doc could heal ghouls, implying there's a species that can't heal ghouls and later Ping (a white boon doc) was also able to heal them, so does that mean we could expect to see a fourth or are these simple Boon Docs (green ones) the ones that can't heal ghouls, cause when you think about it, considering Doc isn't technically a Boon Doc (a green Boon Doc), we've never actually seen a green Boon Doc heal a ghoul before.

I hadn't finished watching that episode huh, guess next time I will have to research even more.

EDIT: Also, I doubt he is using an ilusion without noticing. I mean rlly, how would that work? Or at least when they learned that Doc was an elemental he could've turned it off or something, I mean yes, when they found out that he was an elemental Doc was not surprised meaning that he already knew, but why the heck would he keep the illusion?

Well, if you look back at past episodes, Doc never seemed to be the most experienced or confident slug, most of the time he's looked at like a rookie who doesn't know the limits to his power, even though in reality it should have been the opposite since he is one of the oldest and most powerful slugs in existence after all. And if you look back at the silhouette of the Energy Elemental in Will's recording in ROTE, people have been describing it as a "Megamorphed Boon Doc", and I seem to somewhat agree, even though that's still not much of a unique appearance for an Elemental, but it does seem to support the whole illusion theory. He probably just took on the appearance of the first thing (slug) he saw, he probably doesn't even know it.

"Well, if you look back at past episodes, Doc never seemed to be the most experienced or confident slug, most of the time he's looked at like a rookie who doesn't know the limits to his power, even though in reality it should have been the opposite since he is one of the oldest and most powerful slugs in existence after all." And with that you just got something to desprove your theory also I watch that movie again, and the silluete is the same just without the Energy thing flying above his head, meaning that if he tooken that form it must've had like some millions of years before, which kinda creates a plothole, of course if you don't believe in that theory, then it's not rlly a big deal.

in Slug It Out 2 there are docs but they have purple eyes so I think the eli´s doc always was a elemental because it eye is green and The Goon was a normal Doc with purple eye and why I think that, because the White Boon Doc don´t have the 4 peaks of the back and The  Goon don´t have that peaks so is a doc of purple eyes

(edited by Frederic583)
1
But then why does it look like a simple boon doc at first?
(edited by Super slinger)

What do you think?